What's on your mind?

recently i was messing with the soul sacrifice code with vitacheats and discovered some new offerings, searched the internet and found that there were 4 dlc offerings ... but i found 20 of them ... did anyone else know?
(edited by SDSirius)
Can you still run phantom quests and fight magusar again after you choose to confront him?
(edited by A Fandom user)

Being unable to play online is harsh, an Europe (Spain) code i need but an UE code i have. Would i trade it? Yes. Does one of you know, who might help me?

hey guys pls help me, i have all spell to make wyrmchaos tail but i cant fuse it, what spell or item or something else to make it?

(edited by A Fandom user)
Does anyone know if the anime for Soul Sacrifice is getting an english dub?
(edited by Ant TKD)

So, we really need a manual of style for the wiki. I don't mind dedicating quite a bit of time to improving and adding to the wiki, but I'd like to have an established method for some of the new stuff.

I'll be importing/modifying a template from another wiki soon that will allow visitors to quickly see which type of page they are looking at (SS vs SSD).

Hello folks. Just a quick request/edit to make to the Spoiler show/hide button. (Thanks to whoever made it and figured out how to code the title!)

However, this results in the show/hide button sometimes appearing outside the "Lore" section. This can be fixed by using

I'm currently working to update the pages using this coding to the new one, but it's pretty tedious. If anyone would be willing to help, all you have to do is just copy over the old code with the new one. (Or, if anyone is REALLY savvy, write a bot that will do that. <- no experience here)

Thanks a bunch and Happy New Year!

So I just played the mission "Cobbler's Upon High" in chapter 7, and the floor fell out halfway through the fight. After finally finishing off the Dwarves, I notice something in the distance. It's another black mass thingy that becomes archfiends. I went over to it and an Ouroboros spawned. The Dwarves guy is still laying on the ground behind me, so this is a completely different Archfiend, not a Gemini. Or so I think, I saved the Dwarves guy before defeating the Ouroboros. Anyways, has anyone else had this happen, on "Arboreal City Babylon Heights" or any other map?

(edited by Psycho11edge)
(edited by BansheeScream)
How do I achieve level 15 for the difficulty level in Delta multiplayer?
(edited by A Fandom user)

i need for a sigil Kobold SE but im unable to find those kobolds. I thought it were these little movable trees which are neutral to you, but when i sacrifice them i get a gnom SE and at the end of the level i dont get the sigil.

It's the release sigil II and i only need Kobold SE to unlock it.

When veiwing a throw offering's stats, Fire Djinns Arrow (L) has a 35 attack and Archer's Arrowhead (L) is 25. Is the shown attack the damage delt per projectile fired or the collective power? (so even though Archer's has a lower power than Fire Djinns, it's overall power is still more because more arrows are launched?)

I was thinking of a archfiend that started out as a child druid that witnessed the fall of his clan due to envy, fear, ignorance, and hatred. Tramatized from the event and losing all his will to live, about to kill himself at the age of 25, finds the chalice, who turns him into a werewolf framed, dragonoid monster, and gives him the clear path to get revenge on the kingdom who killed his people, but eventually decides that since most of the people are starving from povrety and are already plauged by monsters, whom had they not killed the druids, there would have been more mages, and may have even been able to teach them how to use the magic themselves, decides to leave the Romulaus kingdom alone, and becomes a freelance sorcerer who hates both avolan for trying to send people to kill him just for being a monster, and salvation, for saving monsters whom he sees sinners themselves, and not victims of other people's evil actions. You will find him as a archfiend as normal, but will talk about his past as well, along with the echos, of which you then end up getting almost eaten by him after getting too close trying to sacrifice him, but after hearing his motives, you agree to lie to avalon, and you encounter him again, going on a killing spree of monsters. Any other Archfiend sorcerer ideas?

I've tried everything that makes any sense to me. I can't find any definitive guides on every pact that requires unlocking, and the wiki appears to have no information for this quest (or the one after it, "City Shaking Sea Shanty"). If anyone has information for unlocking quests, I'd appreciate it.

If you have a broken offering, is there a way to fix it? Or is it trash in your arsenal for the rest of the game?

Also, I've seen video on YouTube of characters rolling as a form of dodge. How is that performed?

does gaining max affinity with allies on one save file unlock them on others? and if not, then ho do you get allies on a dark playthrough?

Hi. I'm new to this series and I have a quick question about the forgotten pacts.

I just want to know if it is easier to go online and form a party to collect the memories from the "blank" pages or is there some way I can do it alone? I am having a lot of trouble getting the memories for the Basilisk because it seems like I start right in front of him and he chases me all over the map no matter what I do and it makes it hard for me to collect the memories since he is always charge attacking me and knocking me down.

How do the three core stats of the life/magic arms scale with abilities.

So I'm a neutral arm and I'm planning on using Skydragon's Tail but I want to know if it's worth it. Which kind of offering does more damage per second, normal or tri? Also, how does charging affect the power? How much does it add? Is the attack power displayed in the offering info the base attack and it goes up a little when charging up the offering before releasing? I use Drubbing Sigil III for the Force Magic Amp 50+20.

For the record, I also spam Large Iron Pinwheels as my main damage output, like normal sorcerers do, but it gets kinda boring, haha.

Also i'd like to know which one is better out of the three non-elemental melee offerings: Giant God's Arm, Great Axe Edge or Songstress' Lips (L).

Sorry for asking too much and thanks in advance. If there's any discussion answering my above questions, please let me know to check it out and not waste your time. 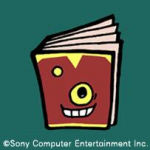 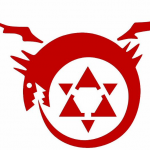 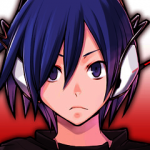