There was once a man who was known as a born weapon master. It was widely accepted that he could not be rivaled in the military arts. From the day he was born, there had been little opportunity to exert any effort, and his wealth of talent explained why. When he came across a soldier engrossed in training, he would look on with a sneer of contempt. For he believed that only fools suffered hardships of their own volition. In adulthood he was chosen to serve as a local lord's bodyguard.

Though he had mastered other weapons, it was the bow he favored. It allowed him to remain in one place, and did not tire him. He was so used to winning that he wanted to make things easy. As anticipated, every arrow he loosed found it's mark, and there were even times where he brought a battle to an end without taking a single step. However, just when tales of his amazing ability had begun to spread throughout the land, the man chose to throw it all away.

He thought it foolish to work so earnestly with such an amazing talent as his. That would be very troublesome. Seeking out a new profession, he selected one that was the complete opposite of his previous trade. So it was that he chose he life of a brigand. Robbing passers-by of their riches. "This is all too easy",thought the man. "It's a brigand's life for me."

Before long, the man was known far and wide for his brigandry. He even took a stronghold for himself, and began attracting unsavory characters from across the land. When he was hungry his henchmen brought him food, and when moving his hands became a bother, they ended up feeding him like a helpless babe. He found nothing wrong in such idleness - did he not have talent beyond all others? Even in indolence, his skill with the bow continued to improve. Before long, the band of brigands he led grew into a formidable force.

As his henchman force grew, so too did the man's indolence. With a single order, he could have things brought to him, even something within his grasp. If he had an itch, he had somebody scratch it for him. By then, even leaving his room had become rare occurrence. One day, one of his henchman returned with an entire wagon that he had plundered. That is when it dawned to the man. With a little remodeling, the wagon could become his very own roving home, allowing him to travel far and wide without moving an inch. So it was that the man began living in a wagon. 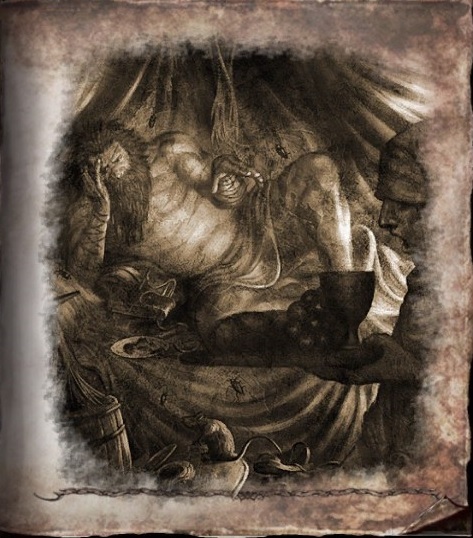 One after another, his henchmen came to visit him in his wagon. They fawned over the man with praise and adulation, all in an attempt to earn his favor. However, such efforts only darkened his mood, and soon he began to loathe the very act of conversing with others. His henchman's words became nothing but noise in his ears.

His solution was simple. He permanently silenced each and every member of his band. This, too, was executed with the greatest of ease. A few days later he realized he was dying.

From lack of food and water, as he had been too lazy to partake in either of these basic necessities. "How troublesome his human body of mine, I am dying for what a such simple things" he silently thought to himself.

His wagon lay strewn with excrement. With his dim vision, he saw a white chalice floating in the air. It was then the man heard a strange voice in his head. "An offering shall be rewarded with a wish befitting the sacrifice." Though he found the very idea of making such an effort bothersome, he gave it some thought. "I don't need this troublesome human body of mine. Give me a body that will make life much easier."

Before he knew it, he had the body for which he had wished. The man, the wagon, and it's horse had become as one. The horse's body would take care of movement and excrement. When he wanted some sleep, he could retire inside the wagon. For him, that was an ideal form. He was delighted with outcome for a time, but the man's desire to do nothing knew no bounds. Gradually, his old lust for indolence returned with vengeance. It was all so troublesome again. What was it that bothered him so much? What was he tiring of? Even blinking and breathing itself became too much to bear.

It was then that he realized. That life itself had become a bother. He grabbed hold of an arrow that lay by his side Only death would bring sweet release, for it was too much trouble to go on living. With that final thought, he thrust the arrow into his heart over and over again. "How strange", thought the man. That his mutilated heart was dead and lifeless, yet he still lived on.

Gazing upon his blood-soaked body, it finally dawned to him. The horse's heart was still beating, and could still pump his life's blood throughout the body. Try as he might, he could not stab it. For the horse's body would move on it's own, evading each and every blow. The man finally gave up the effort. Heaving a sigh, he muttered,"This world is more trouble than it's worth..." "...And yet I cannot leave it when I wish." 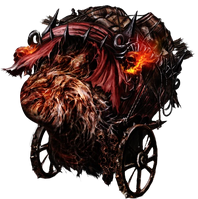 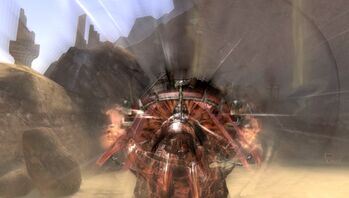 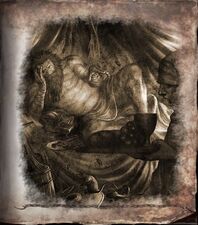 Centaur in his human form
Add a photo to this gallery
Retrieved from "https://soulsacrifice.fandom.com/wiki/Centaur?oldid=21296"
Community content is available under CC-BY-SA unless otherwise noted.