There was once a town that was famous for producing excellent blacksmiths.

Even in this town, however there was one blacksmith who stood out as the best of all.

Though the weapons he made looked rather unrefined, they were always both sturdy and sharp.

He reasoned that weapons were designed to maim and kill, and as such did not require decoration.

His weapons were the best.

Despite his humble nature, the man knew this to be true and yet it seemed the world did not agree with him...

In terms of popularity, he was always a distant second.

Customers preferred weapons forged by another blacksmith, a gentle and significantly younger man.

But for the blacksmith deemed to be in "second place," these were scarcely real weapons at all.

Weapons were for killing. Not for dressing up and showing off.

He grew frustrated, and he decided that something must be done

In the days that followed the blacksmiths worked with renewed zeal and vigor.

He had to prove the world that he was the best.

He worked himself to the bone and yet nothing changed. Customers still preferred the other blacksmith's trinkets.

The reason was simple, the younger man's work had become more refined and polished than ever.

Even the old blacksmith realized that his rival had overwhelming talent.

But Consumed by envy, his pride prevented him from an actual admission.

Heavy drinking ensued, and his health began to deteriorate as a result.

One day, as he lay suffering in his bed, a strange vision befell him.

A chalice appeared before his eyes, shrouded in a pure white glow.

It spoke to him in soundless words.

"If you wish to fulfill your desire, make an offering. The more valuable your offering, the greater the fulfillment."

The blacksmith felt a rare confidence swelling up inside him. He was sure that if he obeyed the voice, his heart desire would be fulfilled.

Alas, he soon realized that he did not have a suitable offering.

He had already sold everything he owned, and spent the money on drink.

Suddenly, the blacksmith had a though. There was something he could offer. Something close to hand... 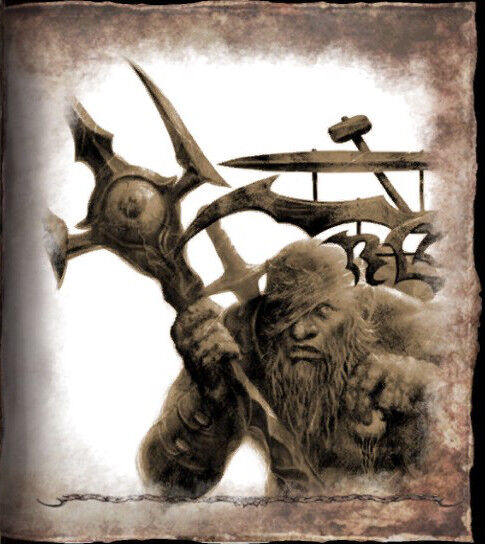 He decided to give an eye as his offering. He had two of them, after all. Losing one would be of no consequence...

He needed both his arm and legs for his work, but an eye was a small price to pay...

The pain was unbearable, and the blacksmith writhed in agony on the floor. He contracted an intense fever that did not subside for several weeks.

But it was small price to pay for indeed, for what he had created was no ordinary weapon.

It was a trident, covered in countless twitching eyeballs.

Once thrown, it guided itself towards its targets. It never missed.

The blacksmith convulsed with delight. He had created his masterpiece.

Once the world saw this, he would finally be recognized for his talent.

Alas, he couldn't have been more wrong.

No one wanted to buy a weapon with such unsettling looks.

Still people refused to see the true value of his work...

The worst of it was the blacksmith knew exactly why his weapons were unpopular, and the reason enraged him.

"They're just ugly," people would say.

The blacksmith decided to take action...

It was several days before they found the knight's body.

An eyewitness reported that he had been killed by a one-eyed monster...

And slaying its victim, the beast had raised its weapon high, as though putting it on display for all to see.

This is what became of the blacksmith.

"A weapon's value is determined only by the number of lives it claims."

And so remains the Blacksmith's belief, even as the monster he has become.

The trident no doubt seeks its latest victim even now...

And will continue to do so, until the blacksmith receives the recognition he craves.

Retrieved from "https://soulsacrifice.fandom.com/wiki/Cyclops?oldid=22202"
Community content is available under CC-BY-SA unless otherwise noted.