There was once a kingdom whose queen had given birth to twin princes. Naturally, the rarity of royal twins brought a great deal of attention to the kingdom.

For the two princes, a life of sibling competition lay in store.

Who was born first?

Who would be the first to smile?

Who would be the first to turn over in their sleep?

The first to walk?

The first to speak?

The older prince, a bright and well built boy, was loved by everyone in the kingdom.

He was also superior to his younger brother in every single respect.

As the younger prince grew older, comparisons with his brother grew more frequent, and more unfavorable. His envy was compounded, and he became a maudlin young man.

His father, the King, naturally focused all of his love and affection on the older twin.

He began to distance himself from the younger prince, finding him a singularly difficult character. They rarely exchanged words.

Though he kept him at a distance, the King still showered his younger son with gifts, trying to ensure there was plenty to keep him occupied.

The Prince would take these gifts down to his room in the castle dungeons, and smash every one to pieces.

After all, the Prince understood that his father did not love him.

On his tenth birthday, the younger prince was given a bird.

He began to torture it, and before long, it was dead.

The bird sang to its last.

A shiver ran down the Prince's spine. He had never experienced pleasure like this before...

Tormenting a weaker being had given him a momentary sensation of power. 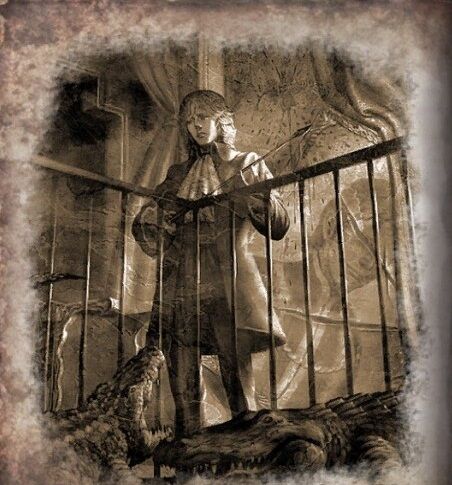 He quickly asked his father for another bird, then another after that.

When he had grown tired of torturing birds, he turned his attention to different animals.

All sorts of creatures were delivered to the dungeon, where the Prince could toy with them as he pleased.

One day, a reptile from a distant land was delivered to the Prince. A "crocodile", they called it.

A grin spread across the young prince's face when he laid eyes on his latest plaything.

The Prince kept his powerful new pet in a special cage, one that allowed him to abuse it in safety.

After all, he was better than this crocodile...

This gave the younger prince, who had always been unfavorably compared to his brother and scorned as a result, a sense of self-worth.

A sense that he could only achieve by comparing himself to something else...

The Prince started to favor his crocodile over the rest of his menagerie. Of all the animals he tormented, it was abusing the crocodile that gave him the greatest sense of superiority.

Several years passed. The King grew old, and decided that it was time for an heir to inherit the throne.

That he would choose the older prince was a foregone conclusion.

A world of difference separated the princes. Compared to his sturdy brother, the little princeling was positively spindly.

The young prince spent his brother's coronation down in the dungeons, feeding his crocodile. Dark thoughts filled his mind.

If he could only release the giant crocodile from its cage and sneak it into his brother's room...

Surely even his brother couldn't overpower it.

He could kill his brother at any time...

His life was at his mercy...

He was, in other words, more powerful than his brother...

He was soon bent double in manic convulsions of laughter.

One day, the new king went to visit a neighboring country.

In his absence, the younger prince acted as though he owned the castle.

The young prince's wild thoughts grew stronger, hardening into a firm desire that began to gnaw at him.

All of a sudden, a curious chalice appeared, and spoke to the Prince.

These words filled the Prince with conviction. Somehow he knew the chalice was not lying.

The "price" paid was his beloved crocodile. He sacrificed it without a moment's hesitation.

The Prince began to undergo a metamorphosis.

His skin became scaly and his jaws became wide and powerful. Most notably of all, however, he became much, much bigger.

Soon he had grown too big for the dungeon, the walls of which collapsed under the pressure of his expanding body.

Soldiers and other servants were crushed as crocodile prince's body swelled.

And still he continued to grow.

"Who's the little brother now!?" he thought to himself.

His limbs burst through the castle walls, and his neck thrust out of the front gate. Still he did not stop growing, and before long the Prince was carrying the entire castle on his back as he walked around.

By the time his growth had ceased, the Prince had lost all grasp on reason.

The crocodile's cruel, violent instincts had overwhelmed him.

Though he could no longer be considered a human prince, there was one thing - one feeling - he retained from his previous life. A feeling that could not be abated.

A feeling of inferiority.

The strength of this feeling was revealed when the destination of the castle-carrying beast became apparent.

He was going to the country his brother was visiting.

Going to fulfill his original desire.

His desire to see his brother mangled in his jaws... 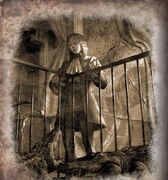 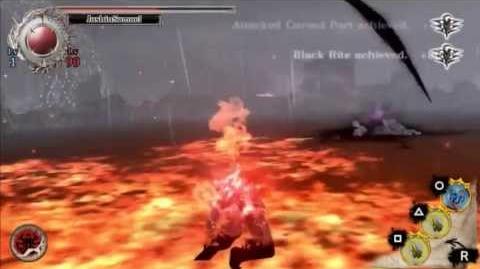 Retrieved from "https://soulsacrifice.fandom.com/wiki/Leviathan?oldid=21267"
Community content is available under CC-BY-SA unless otherwise noted.