Slime. The typical form of humans fallen to avarice.

To fulfill a wish, one must make an appropriate offering. Even the most impoverished have one thing to offer.

Let us imagine a man, seeking to satisfy his greed for gold. 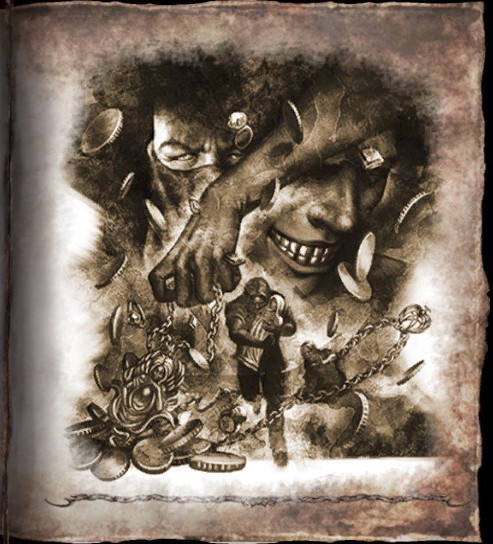 His flesh melts, leaving bones in a slimy soup. A clarified soup of body parts.

With organs floating atop the viscous compound.

The fulfillment of his wish begins with his vital turning to gold and jewels.

But human greed knows no bounds.

The bounty of one's own body soon becomes insufficient.

To further sate his craving he attempts to envelop the bodies of passers-by.

It is said that different people become slimes for different reasons.

Many slimes are to be born of Wanton lust or gluttony. Dear reader, beware the strength of your desire.

Retrieved from "https://soulsacrifice.fandom.com/wiki/Slime?oldid=21043"
Community content is available under CC-BY-SA unless otherwise noted.