Soul Sacrifice Delta is a standalone action role-playing video game developed by Marvelous AQL and Japan Studio and published by Sony Computer Entertainment for PlayStation Vita. A sequel to the first Soul Sacrifice, Soul Sacrifice Delta features new monsters, characters, spells, areas and a new Grimm faction. The game is available in NA and EU exclusively on the PSN store for download. A physical release in English was released in Hong Kong.

You can now use combos to deal more damage and/or avoid getting hit easier. For example: If you use the Falcon Feather (which turns your dodge roll in a teleport spell), you can use any weapon offering in conjunction with that. Attacking right after teleporting will cause your character to use the weapon instantly. (List of combos)

During some fights, the weather will change. It can happen because of location, spell overloads, bosses or just at random.

Some locations now have hazards like wind gusts and pulling spheres. Other will have obstacles that can be triggered by both the players and the boss. This can be a platform that will rise (permanently) and serve as higher ground. In other locations, a giant beanstalk will grow out of the ground and serve as a healing tool for the boss.

In the game, you can join with one of three factions: Sanctuarium, Avalon and Grim. These are all based on the 3 choices you have for every defeated creature in the game: Save, Sacrifice and Fate respectively. However, if you choose to obey the faction you are bounded to, you will not only get more experience from each creature, you will also get bonus offerings at the end of the pact, save for the Grim faction. Grim doesn't rank their sorcerers. Instead, they get random bonuses.

Just like in the original game, if another player sacrifices you, or you chose death right after being knocked out, you will die and become a ghost. As a ghost you can still touch enemies to lower their defense and touch players to raise their attack. However, unlike in the original, you can use the offerings of the locations to help the other players who are still alive. You can use weapon offerings just as you normally would, use armor offerings to distract the boss, pick up offering recovers and give them to a live player, and use health offerings to heal another player. You can also possess players, which locks the camera on them and this is used to heal them or recover the offerings.

Soul Sacrifice Delta feature lots of new content. One of the most notable is the new Grim faction. The Grim faction gets its own story arc, albeit the shortest of the lot. There are also new monsters, being affiliated with a 'fairy tale' theme (inspired by the Brothers Grimm, including Little Red Riding Hood, Cinderella, and Snow White). There is also a new section in the portraiture that lists information on offerings and the quests where they can be acquired.

A new Combo system has been included that allows the combination of certain offerings. The sacrifice/save system has been completely overhauled; with results of each becoming faction dependent. A new "Fate" option has also been added as an alternative to sacrificing or saving. Depending on the Faction that the player is aligned with, Save, Sacrifice and Fate's affects on the player are as follows:

As a Sorcerer of Avalon:

As a Sorcerer of Sanctuarium:

As a Sorcerer of Grim:

The customization of characters has been expanded, being now able to choose torso and legs armor separately. Also a new store has been created, allowing users to buy "rumors" and new apparel.

The Right arm screen has also been changed, including more options, particularly a new aesthetic option that isn't tied to the palm, allowing more freedom of visual customization and resonance where two sigils that work together create an increased boost.

You can also perform a Rite of Transmutation. This is when you max your stats to 100 (50/50, 99/1 etc.) and is essentially a respec. You then get a heart sigil which you can choose of varying effects depending on variables like Faction, arm type, etc. When done, a new Sigil Menu section opens, allowing you to add as many sigil on your heart as you've done the Rite. Rumor is up to 99, though there is no evidence as of yet. The Heart sigils give massive stat boosts. You also get a XXL xp boost

There are also two new endings depending on your choice after the final fight with Magusar.

Soul Sacrifice Delta received "generally favorable" reviews on Metacritic holding a metascore of 82/100 based on 24 critic reviews.[1] On whatoplay.com, it receives an aggregate score (playscore) of 8.78 based on 14 critics and 2,600+ gamer ratings.[2] 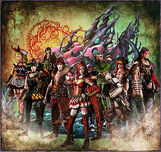 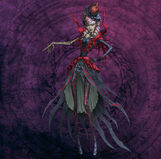 Retrieved from "https://soulsacrifice.fandom.com/wiki/Soul_Sacrifice_Delta?oldid=22334"
Community content is available under CC-BY-SA unless otherwise noted.