Once there lived an assassin.

Following the commands of a prominent noble, he eliminated powerful adversaries under the cover of night. And gifted with exceptional hearing, his keen ears proved a boon to this work. He identified himself with the bat, and felt a close affinity with its ability to float through the gloom. While working, he mimicked the ways of the bat, covering himself in black, listening attentively, and moving with purpose. One day, he undertook a mission seemingly no more difficult than any other. However, he soon found himself over a barrel. No sooner had he killed his victim, than he was ambushed by unknown assailants. Deaths was all but assured. Suddenly, he heard a whispering in his ear. He turned to see a fleeting vision of a chalice.

"Make me an offering of whatever is dear to you."

Obeying the voice, he sacrificed his superb hearing. He had lost his ears, and instead bat wings grew in their place. Taking to the air, the assassin flew to safety. Once he was able to reflect, the realization dawned on him. Who ever ambushed him knew he was coming. All became clear. Only his master could have orchestrated the attack. Through his unsavory deeds, the assassin knew a number of the noble's secrets. If such information was ever leaked, his master would lose everything. And so, the assassin became a target himself.

The next day, he returned to the noble as if nothing had happened. When asked about his wings, he replied, "Please spare me your concern". His master had no response. Thereafter, the man continued to carry out assassinations with unshakable purpose. At times, the noble's requests were extremely difficult, even bordering on the impossible.

His master was trying to kill him, but he completed each mission regardless. Requiring new abilities, he offered up his flesh for further bat-like powers.

By developing hind legs, he could cling to the ceiling to conceal himself. However, his human legs became terribly deformed. 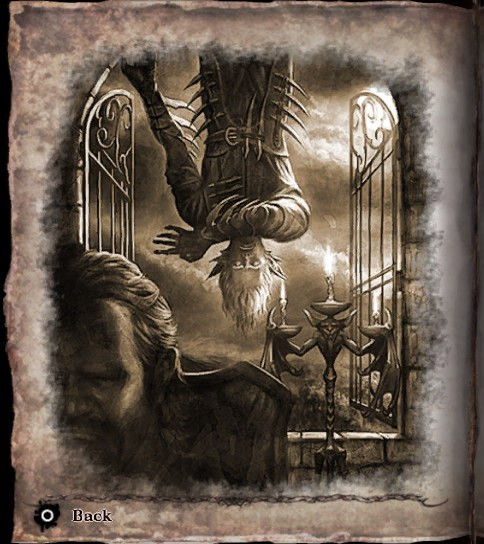 By turning his skin black, he could melt into the night. Though the sun now caused him horrible pain. By emitting ultrasonic waves from his mouth, he could master his surroundings. But his capacity for speech was lost.

Gradually, he became more bat than human being.

Before long, the noble fell ill and passed away. No once could identify the cause of death, but the symptoms resembled a fever borne by bats.

A rumor emerged about a monster flying off the manor's roof very soon after. This creature was neither bird, nor human... but something hideous with the features of a bat.

Retrieved from "https://soulsacrifice.fandom.com/wiki/Wyvern?oldid=21052"
Community content is available under CC-BY-SA unless otherwise noted.